US housing: Are the headwinds stronger than the tailwinds?

In my June 2022 piece, US housing: There’s no place like home, I talked about the longer-term tailwinds supporting the US housing market. Here, I consider the potential headwinds facing the sector and whether or not some of the positive structural trends surrounding housing supply, affordability, and appreciating home prices may be shifting.

Previously, I highlighted some of the tailwinds driving the US housing sector, namely favorable demographic trends and the COVID-related “flight to shelter,” which helped fuel housing demand in an undersupplied market.

In 2020 and 2021, despite rising US home prices, housing remained affordable due to record-low mortgage rates. However, entering 2022, the combination of sky-high home price appreciation and a sharp spike in interest rates quickly eroded affordability. This decline in affordability has occurred at a much more rapid pace than the increase in rent inflation, boosting (to a degree) the relative appeal of renting over buying a home. For instance, the median US mortgage payment is currently 26.5% of median income versus only 17.9% for the median US rent (Figure 1). This disparity between the cost to buy and the cost to rent, which is back to more “normal” pre-2008 levels, suggests to me that the rental market should continue to draw interest from potential homebuyers.

US home price growth looks set to decelerate, not decline

To be clear, this does not necessarily mean that US home prices are destined to decline, especially over the longer term. As discussed in my last piece, the near-term slowdown in housing demand should alleviate some of the upward pressure on home prices. At the same time, however, ultra-low inventory continues to provide home sellers with some leverage over buyers. Given these dynamics, I envision home price growth decelerating — trending lower than income growth, thereby improving affordability over an extended period — rather than going into some sort of freefall.

In other words, while US housing has indeed become an expensive asset, I also think it’s reasonable to expect that it will stay that way because of its limited supply. This can potentially persist for years, if not decades, until such time as labor and other input cost disruptions are resolved. Ultimately, I believe home price appreciation will likely end 2022 in the high single digits, as strong price growth in the first half of the year gives way to meaningful deceleration later in 2022.

The tail risk for US housing: An unlikely scenario

In my view, the worst-case tail risk for US housing would be a 2007–2011 type scenario, where supply increases significantly but with woefully insufficient demand from prospective homebuyers.

For this to materialize, there would need to be both “voluntary” and “forced” selling of homes. Voluntary selling is less problematic because it usually involves turnover where a sale is accompanied by a purchase of a different home, resulting in zero net supply. However, widespread forced selling caused by liquidation of “underwater” assets, which we saw during the 2008 global financial crisis (GFC), could prove challenging. But I see this as an extremely remote possibility amid the current cycle, for three main reasons:

1. US homeowners have built up record amounts of equity in their homes, thanks to brisk home price appreciation, which has helped to substantially reduce the loan-to-value ratios of many of their mortgages.

2. Mortgage underwriting criteria today are much more stringent than during the GFC era. And the credit risk posed by the average borrower is much lower now, making the rampant foreclosure sales seen in 2008 and 2009 very unlikely.

3. While interest rates are higher now, most borrowers are insulated from this risk of stiffer financing costs because the majority of their mortgages are 30-year fixed-rate loans. In fact, only about 2% of today’s mortgage loan origination is adjustable-rate mortgages, versus roughly 50% during 2004–2006!

Bottom line: In the absence of mass forced selling, I expect home prices to remain resilient.

Thoughts on the RMBS sector

While low US housing supply may not completely preclude home price declines if the US Federal Reserve (Fed) continues to aggressively hike interest rates, it should keep prices from plummeting to the depths we saw during the GFC.

That said, we do factor in the risk of more severe home price depreciation in our downside scenario analyses when evaluating residential mortgage-backed securities (RMBS). Even after adjusting for potential home price declines, most of the high-quality, non-agency RMBS universe still looks attractive from my perspective. The RMBS market has grown and evolved over the past decade and now comprises a variety of subsectors to help investors diversify their exposure (Figure 2). Housing fundamentals appear to support all of these subsectors to varying degrees. Today’s stronger RMBS issuance and the breadth of the non-agency RMBS spectrum provide a wide range of duration and risk/return profiles, which should be of interest to many types of investors. 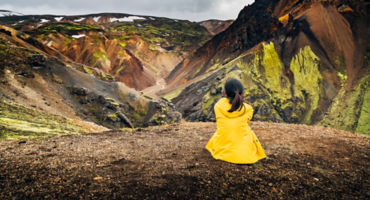 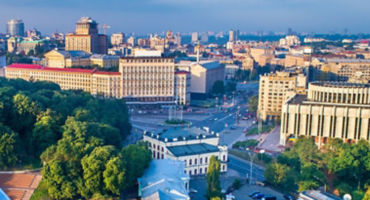 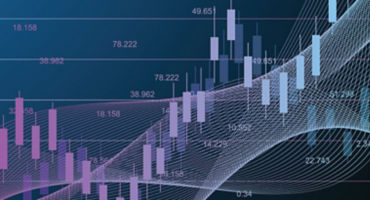 Inflation Risk management Macro and market Monetary policy Energy Real estate Equity Commodities Retirement Article
Archived info
Archived pieces remain available on the site. Please consider the publish date while reading these older pieces.
A new inflationary regime: Why the next decade could look different from the last
We explore why the risk of structurally higher inflation may be the highest it has been in decades and profile the key investment implications this presents.
Continue reading