The Federal Open Market Committee (FOMC) raised the target federal funds rate by 75 basis points (bps), to a range of 2.25% to 2.50%, at its July 2022 meeting. The FOMC made no change to its plans regarding the ongoing reduction of its balance sheet, which began in June.

The rate increase, which was largely priced into markets, occurred as US inflation rose and the labor market remained strong. In recent weeks, however, manufacturing data has signaled slowing US economic growth. In addition, the US Treasury (UST) yield curve has inverted, meaning that the yield on shorter-dated UST debt now exceeds the yield on longer-dated UST debt — which, historically, has often portended recession.

The US Federal Reserve’s (Fed’s) own models of economic growth and inflation suggest that the risk of stagflation — rising inflation paired with falling growth — has increased. Going into the July meeting, the Atlanta Fed’s GDP measure  indicated that the rate of change for second-quarter GDP was negative, while the New York Fed’s GDP measure showed slowing growth since the June FOMC meeting. At the same time, the most recent print of the Dallas Fed’s Trimmed Mean Personal Consumption Expenditures (PCE), an important gauge of core inflation pressures, came in at 4.0%. Most concerningly, it indicated that over half of the component prices of PCE had increased at an annual rate of more than 5%.

While slowing manufacturing data and an inverted UST yield curve can be leading indicators of a recession, not all of the available data suggests that a recession is imminent or inevitable. In particular, the Fed is attentive to the continued resilience of the US labor market: The unemployment rate has remained near historic lows at 3.6%, while workers’ wages have continued to increase (although wage growth is negative in real terms). Initial jobless claims have ticked up slightly of late, but remain well below the elevated levels that prevailed for most of 2020 and 2021. Until the labor market deteriorates meaningfully, the Fed will likely continue to prioritize the removal of monetary policy accommodation in an effort to combat inflationary pressures.

When the Fed pivoted from enacting a 50-bps rate hike to a 75-bps hike at its June FOMC meeting, Chair Jerome Powell cited upward moves in survey-based measures of inflation expectations as a key driver of its policy shift. Since that time, survey-based measures of inflation expectations have come off their highs but remain elevated. Likewise, Treasury Inflation-Protected Securities (TIPS)-implied “breakeven” rates have dipped as energy prices have stabilized, but both the 5-year and the 10-year breakeven rates remain solidly above 2% as of this writing.

Indicators of inflation expectations will continue to be important inputs to Fed monetary policy going forward. Given the uncertainty about the economic outlook, the Fed would prefer to hike rates as little as possible, provided inflation expectations remain consistent with its mandate to keep average inflation at around 2%. Any material increases in inflation expectations would likely necessitate more aggressive removal of policy accommodation, whereas material decreases could bring the Fed’s current rate-hiking cycle to an earlier end than what’s now priced into markets.

In addition to its “price stability” and “maximum employment” goals, the Fed also takes its “financial stability” mandate seriously. With market volatility elevated and apt to remain so, the Fed will try to avoid contributing to that volatility with its words and actions, if it can. Absent an exogenous macro shock, I expect the Fed’s balance-sheet normalization to proceed as planned for the next few months. Its monetary policy will be informed by both incoming inflation data and labor market data. Given that recent data indicates more change in the former than the latter, the risk to interest rates for the foreseeable future appears to be to the upside. 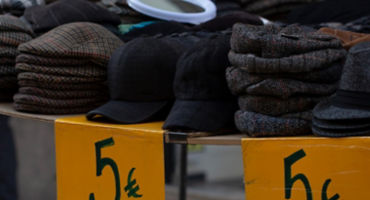 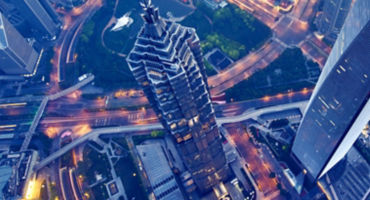 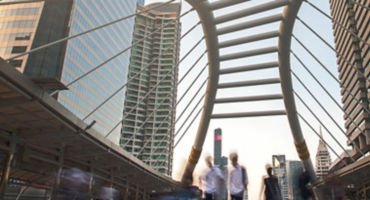 Quick Take
Monetary policy Interest rates Volatility Portfolio strategy Multi-asset Quick Take
What can history teach us about today's markets? A framework for drawing comparisons
Members of our Investment Strategy Group explain how they identify similarities to past market environments and what their approach is signaling about today's conditions.
Continue reading