One of the discussion topics du jour is how the credit and equity markets might react to the US Federal Reserve (Fed) interest-rate hikes that are widely anticipated in the coming months. As is often the case with me, I find it helpful here to refer to past hiking regimes and market performances as a sort of guidepost.

The proof’s in the pudding

To wit, I examined the historical returns of both US credit (for this purpose, proxied by corporate high-yield bonds) and US equities (represented by the S&P 500 Index) during the six months before the first rate increase of a Fed hiking cycle through the 12 months after said increase. The data demonstrate that both markets not only performed well heading into the first hike (although there’s some circularity because the Fed likely wouldn’t hike amid sharply falling markets), but also that both were able to sustain their positive performance for nine to 12 months after rate hikes commenced.

Specifically, we can evaluate US high-yield bond performance by looking at the market’s returns in excess of those of duration-matched US Treasuries during six cycles dating back to 1994. As shown in  Figure 1, high-yield market results were generally strong leading up to the Fed’s first rate hike, but also remained positive after the onset of rate hikes. US equities sent an even more resounding message, outperforming for well over a year following the first rate hike.

Putting it all together: My takeaway

My high-level conclusion from this analysis? In my view, it’s probably too early for investors to start positioning their portfolios defensively in preparation for a potential Fed-induced economic correction. As Alan Greenspan once famously said, “Monetary policy works with long and variable lags.” It typically takes a year or more after the Fed has raised short-term rates significantly for an economic contraction to set in and for risk assets (including both credit and equities) to respond in kind, sometimes by crashing. That’s precisely why the US yield curve has historically been such a great predictor of economic recessions and market returns.

Thus, I’d suggest waiting until short rates are at or above the level of the 10-year US Treasury yield rate before betting on a recession and positioning one’s portfolio to align with that view.

What could be different this time?

In a word, inflation. The above analysis covers a lengthy (roughly 30-year!) period of secularly declining inflation. By contrast, some of my colleagues currently expect global inflation to stay stubbornly above central bank targets over the medium term (with perhaps some moderation in the next few months). Might persistently high inflation cause central banks to behave differently this time around than they have in the past? Maybe.

To be clear, I don’t think most central banks will tighten monetary policy so aggressively as to risk pushing their economies into deep recession — like former Fed Chair Paul Volker did in 1981 to break the back of double digit inflation — but they may be inclined to accelerate the pace of tightening relative to previous rate-hiking cycles. This is something investors should keep a watchful eye on going forward. I know I will.

Quick Take
What can history teach us about today's markets? A framework for drawing comparisons Continue reading

Article
Monetary policy Interest rates Volatility Portfolio strategy Multi-asset Quick Take
What can history teach us about today's markets? A framework for drawing comparisons
Members of our Investment Strategy Group explain how they identify similarities to past market environments and what their approach is signaling about today's conditions.
Continue reading

Quick Take
Fintech Digital payments Economic cycle Tech & Innovation Disruption Interest rates Equity Global Industry Research Fundamental equity Quick Take Financials
Fintech industry outlook in a recession
We explore the current environment for the fintech industry and highlight a few factors that show why the outlook for payments and other related subindustries may be less challenging than many may anticipate.
Continue reading 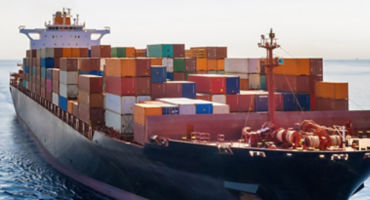 Quick Take
Interest rates Credit Inflation Geopolitical Quick Take USA
Four potentially powerful tailwinds for the securitized sector
In his latest Top of Mind session, Multi-Asset Strategist Adam Berger addressed a wide range of what-if scenarios on the minds of our clients. See what he has to say on Russia, China, cryptocurrencies, the IPO market, and many other topics in this brief article.
Continue reading

Quick Take
Interest rates Equity USA Quick Take
How might equity sectors fare when Fed tightening begins?
We look back at how US equities have performed in the months following the beginning of a tightening cycle, as well as how bond yields have tended to behave.
Continue reading 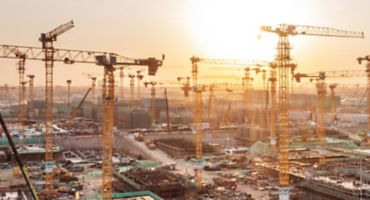